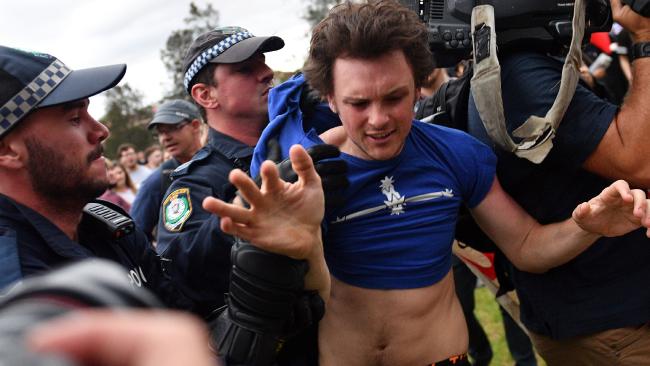 RIOT police are gearing up for a showdown on the streets of Melbourne as factional groups prepare to do battle over US President Donald Trump’s decision to recognise Jerusalem as the capital of Israel.

Far Left group Antifa is expected to be among hundreds of pro-Palestinian supporters ready to march in protest after Mr Trump officially recognised the Holy City.

Australian Conservative candidate Avi Yemini has called for a counter rally, which could cause tensions to boil over in Swanston St on Wednesday night.

It comes just a week after a mob tried to stop ticketholders listening to right-wing commentator Milo Yiannopoulos at Kensington.

Mr Yemini said Mr Trump’s decision was a “recognition of reality” but had proved an excuse for groups to push an aggressive agenda.

“Antifa are aligning themselves with the Islamic cause and will use it to incite violence against Jews in Australia,” he said. “They are using Trump’s decision as an opportunity.

Read the full article by Aaron Langmaid at The Herald Sun (subscriber only).