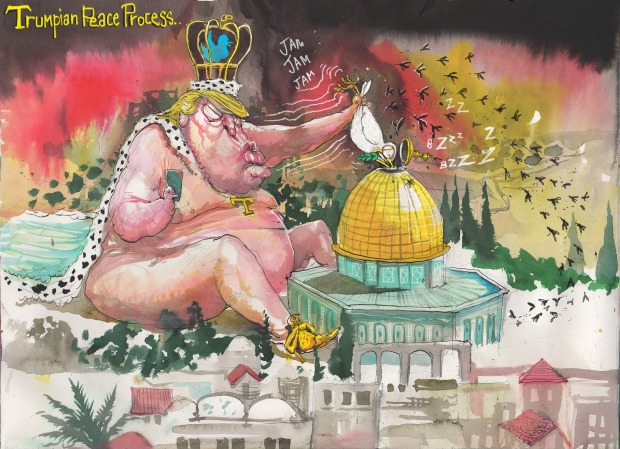 President Emmanuel Macron said he doesn’t intend to immediately revive France’s Middle East peace initiatives, as the US administration stood behind Donald Trump’s decision to recognise Jerusalem as Israel’s capital and move the US embassy there.

“It is preferable not to multiply initiatives because they end up cannibalising each other,” Macron said on Sunday (Monday AEDT) at a press conference in Paris with Israeli Prime Minister Benjamin Netanyahu. “We are in favour of waiting weeks, months, to see what emerges.”

Netanuyahu and Nikki Haley, Trump’s ambassador to the United Nations, both said that the decision on Jerusalem would help the Middle East peace process. Macron, though, called it “a danger to peace”, while the crown prince of ally Abu Dhabi said it “extended a lifeline to terrorists”. Meanwhile, several Middle Eastern leaders with whom Vice-President Mike Pence had planned to meet later this month said they now wouldn’t see him.

Haley, in an interview on Fox News Sunday, said Trump had been careful not to delineate a border that would forestall negotiations between Israel and the Palestinians over the latter’s call for the eastern part of Jerusalem to be the capital of a future state. “No outside group should decide what the final status looks like,” she said.

Read the full article by Gregory Viscusi at The Australian Financial Review.