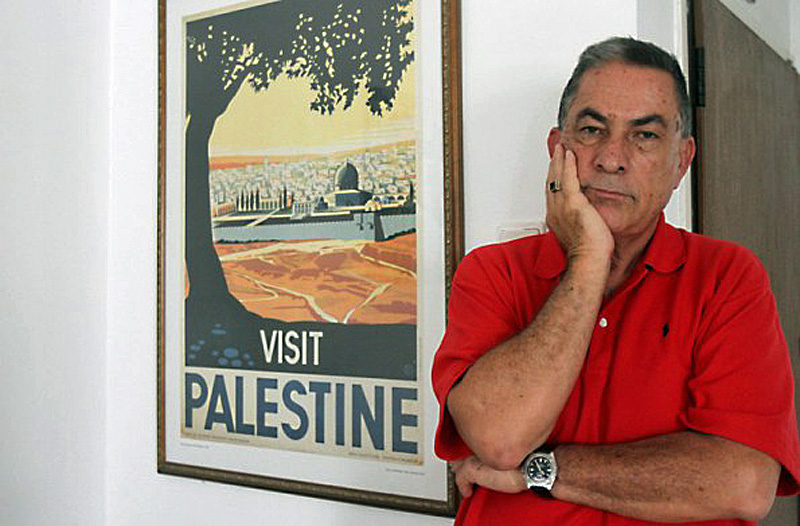 TO GO WITH AFP STORY BY GUILLAUME LAVALLEE - Journalist at Israel's Haaretz newspaper, Gideon Levy poses in his home on August 12, 2014 in the coastal Israeli city of Tel Aviv. After Haaretz commentator Gideon Levy accused air force pilots of perpetrating "the cruelest (and) most despicable deeds" against Gaza's weakest and most helpless," his employer hired him bodyguards. AFP PHOTO/GIL COHEN-MAGEN

Gideon Levy in Melbourne – The Israelis and the Occupation: A Story of Denial

Gideon Levy is an Israeli journalist and author best known for his work with Ha’aretz which he joined in 1982 and spent four years as the newspaper’s deputy editor. He is now a regular columnist and a member of the newspaper’s editorial board, with much of his work focusing on the Israeli occupation in the territories. He has been praised by Johann Hari of The Independent as “the heroic Israeli journalist”. Levy served in the army before his position as spokesman for Shimon Peres when he was the leader of the Israeli Labor Party.

He is also the author of Twilight Zone – Life and Death under the Israeli Occupation. His new book, The Punishment of Gaza, has just been published by Verso Publishing House in London and New York. Levy’s writing has earned him numerous awards.

The video of the event that was co-hosted by the Australian Jewish Democratic Society in Melbourne can be found on the AJDS website.