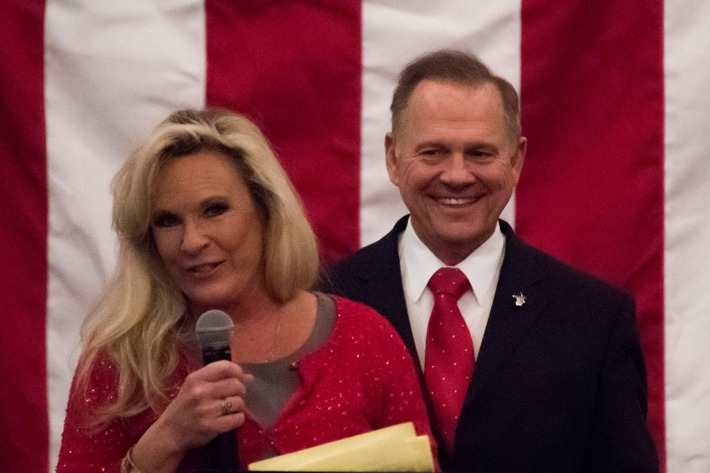 Roy Moore’s wife: We can’t be anti-Semitic, because ‘one of our attorneys is a Jew’

Kayla Moore, the wife of the embattled Senate candidate Roy Moore, responded to allegations of anti-Semitism during a final campaign rally on Monday night.

“Fake news would tell you that we don’t care for Jews. One of our attorneys is a Jew,” the candidate’s wife said. Also addressing her husband’s wistful remarks about the era of slavery in the US, Moore said, “We have many friends who are black.”

Read the article in the Business Insider Australia.