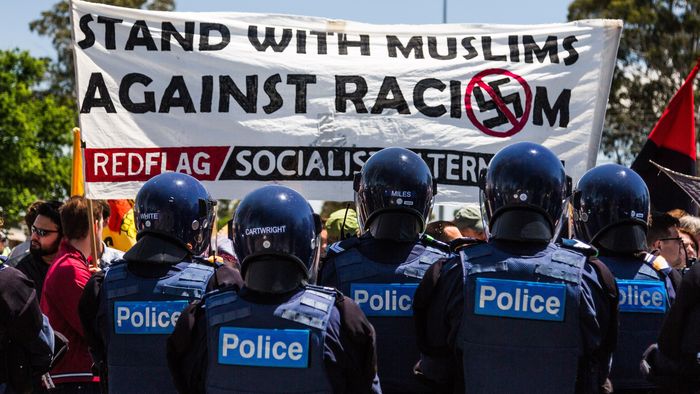 The Executive Council of Australian Jewry, the peak representative body of the Australian
Jewish community and the national affiliate of the World Jewish Congress, warmly congratulates
the National Union of Students (NUS) for passing an historic resolution at its National
Conference today which explicitly “condemns antisemitism in all its forms as defined by the…
International Holocaust Remembrance Alliance (IHRA)”.

The IHRA Working Definition of Antisemitism includes, among other things, “accusing Jewish
citizens of being more loyal to Israel”, making “stereotypical allegations about Jews controlling
the media, economy, government and other societal institutions,” “denying the Jewish people
their right of self-determination, e.g., by claiming that the existence of the State of Israel is a
racist endeavor”, and “drawing comparisons of contemporary Israeli policy to that of the Nazis.”

The text of the resolution passed by the NUS National Conference and the course of action
prescribed by the resolution to counter antisemitism on Australian campuses, is entirely sensible,
uncontroversial and in keeping with the legal and moral duty of Australian public institutions to
operate free from racial discrimination.

This resolution was long overdue. The ECAJ and our campus-based affiliate, the Australasian
Union of Jewish Students (AUJS), have for a considerable time warned of an increasingly toxic atmosphere on Australian campuses for Jewish students, both as a result of resurgent neo-
Nazi/far-right antisemitism and persistent far-left antisemitism.

The resolution was passed with the support of student groups affiliated to both factions of the
Australian Labor Party, the Liberal Party of Australia, and all independent and unaffiliated
delegates. It is shameful that the Trotskyist group, Socialist Alternative, abstained on the motion. Its
representatives have acted in the worst traditions of Marxist dogmatism, giving a higher priority to adhering to the “correct” party line than to following the dictates of conscience and upholding
the anti-racist principles for which they supposedly stand. This makes a mockery of their
professed commitment to human rights and social justice and lays bare a deep prejudice and
contempt for their Jewish fellow students, and Jewish Australians generally. Such double
standards have become typical of contemporary far-left discourse and activism. Instead of
slavishly following the example of Trotskyist groups overseas, it would be refreshing to see
these young minds doing what university students are supposed to do, by learning to think for
themselves.

We express the sincere hope that the leaders of Socialist Alternative will take stock of the fact
that they alone have chosen to dismiss the concerns of Jewish Australian students about racism
and exclusion on campus, and have effectively rejected the right of an historically oppressed
community to identify what racism against it consists of.