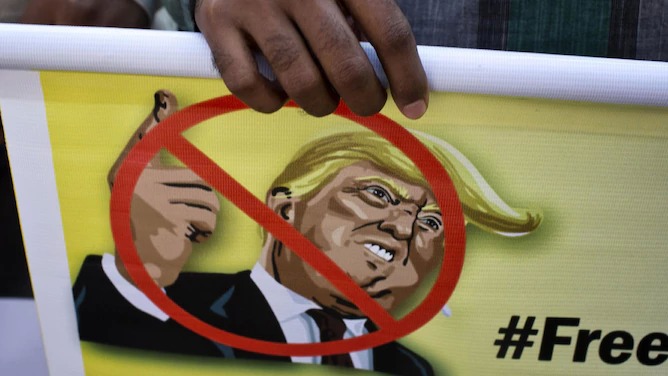 US Ambassador Nikki Haley threatened UN member states with retaliation if they support a resolution criticising Washington’s decision to recognise Jerusalem as Israel’s capital, saying President Donald Trump takes the vote “personally” — and the US “will be taking names.”

Haley’s warning letter to most of the 193 UN member states and threatening tweet drew sharp criticism from the Palestinian and Turkish foreign ministers who are flying to New York for the General Assembly vote. They accused the US of intimidation.

Trump strongly supported Haley’s message and told reporters at a Cabinet meeting in Washington that opponents are likely to face a cut-off in US funding.