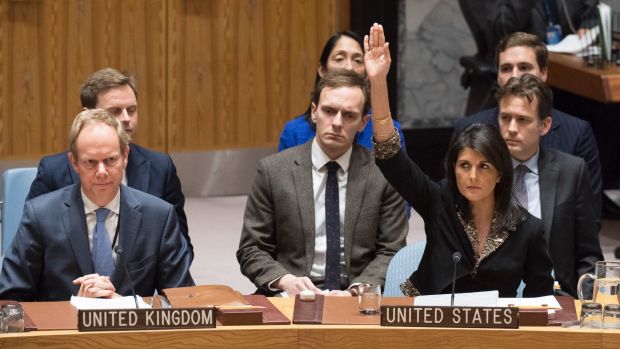 Australia has abstained from a UN vote overwhelmingly condemning Washington’s decision to recognise Jerusalem, as the Trump administration warns it will punish countries that supported the resolution.

A total of 128 countries on Friday morning (AEST) backed the UN resolution rejecting US President Donald Trump’s decision to recognise Jerusalem as the Israeli capital.

Nine nations voted against the resolution, while 35 countries, including Australia, abstained.

Despite Mr Trump earlier threatening to cut off financial aid to countries that voted in favour of the resolution, Washington found itself isolated on the world stage as many of its Western and Arab allies voted for the measure.

Read the full article by Luke Henriques Gomes at The New Daily.