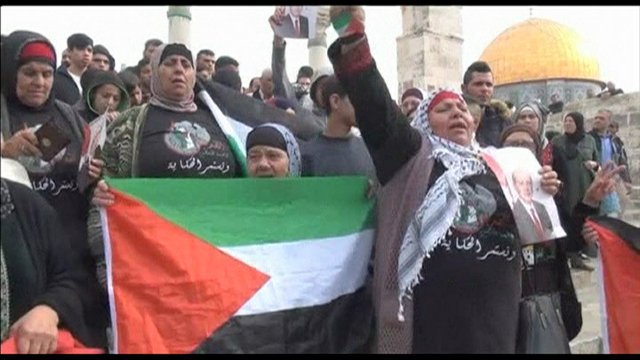 Donald Trump’s announcement on December 6 led to demonstrations and clashes, including unrest in the West Bank city of Bethlehem where Christians will mark the birth of Jesus.

Preparations were under way in Bethlehem on Sunday for Christmas, with tensions still simmering in the city and the region following Washington’s decision to recognise Jerusalem as Israel’s capital.

The controversial December 6 announcement by President Donald Trump unleashed demonstrations and clashes, including in the Israeli-occupied West Bank city Bethlehem, where Christians will mark the birth of Jesus in a midnight mass.

Bethlehem is normally flooded by tourists at this time of year, but has at times appeared almost empty of visitors as nearby clashes between Palestinian protesters and the Israeli army keep people away.

Read the story and watch the report from SBS TV News.