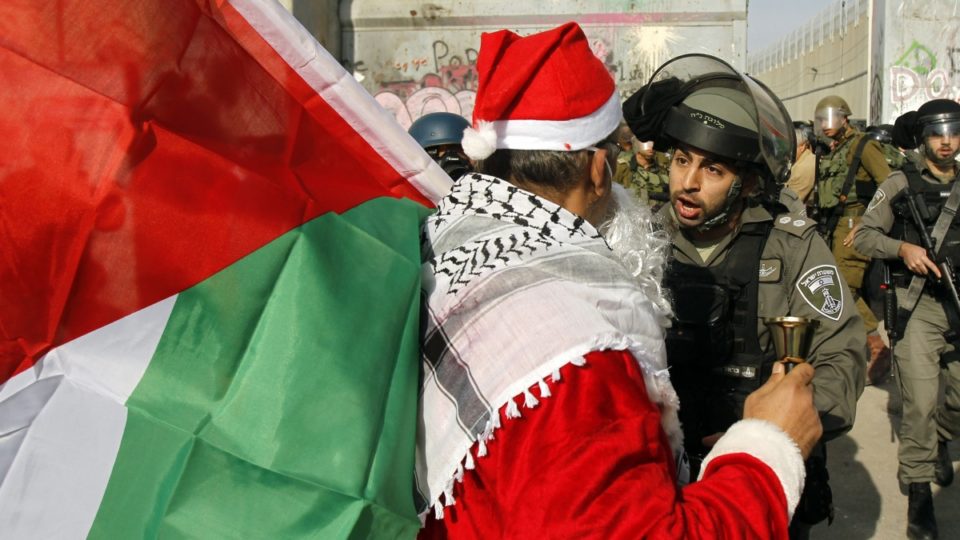 Palestinians dressed as Santa clash with Israeli forces in Bethlehem

Palestinian protesters, some festively dressed as Santa Claus, have clashed with Israeli security forces in Bethlehem, a day before the beginning of Christmas celebrations in the West Bank city revered as the birthplace of Jesus.

Holding Palestinian flags, the demonstrators, who gathered at Israeli military tower to protest against US President Donald Trump’s recognition of Jerusalem as Israel’s capital, were pushed by the soldiers who also used stun grenades and tear gas to disperse the protest.

There have been regular protests by Palestinians and pro-Palestinian groups across the Middle East since Mr Trump announced his decision to move the US embassy to Jerusalem earlier this month.

Defying the United States on Thursday, the UN General Assembly approved a resolution calling for the United States to drop its December 6 recognition of Jerusalem, a city revered by Jews, Muslims and Christians, as Israel’s capital.

Read the article in The New Daily (from ABC).