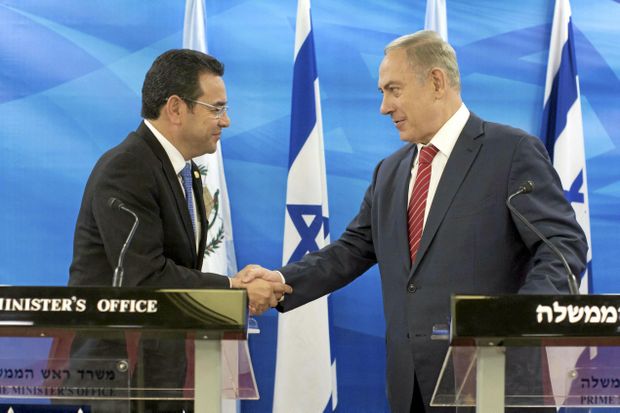 The Central American country was one of nine nations that voted with the US last week when the UN General Assembly overwhelmingly adopted a non-binding resolution denouncing Mr Trump’s recognition of Jerusalem as Israel’s capital.

President Jimmy Morales said on his official Facebook account that after talks with the Israeli Prime Minister Benjamin Netanyahu, he decided to instruct his foreign ministry to move the embassy from Tel Aviv to Jerusalem.

He wrote: “We spoke about the excellent relations that we have had as nations since Guatemala supported the creation of the state of Israel.

“One of the most important topics was the return of the embassy of Guatemala to Jerusalem.

Read the story in the Sunshine Coast Daily.