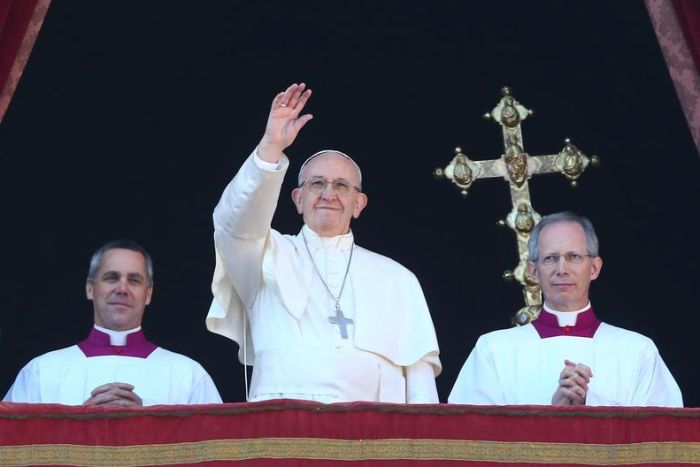 ‘Let us pray… for peaceful coexistence.’

Pope Francis used his Christmas message on Monday to call for a negotiated two-state solution to end the Israeli-Palestinian conflict, after US President Donald Trump stoked regional tensions with his recognition of Jerusalem as Israel’s capital.

Francis spoke of the Middle East conflict and other world flashpoints in his “Urbi et Orbi” (to the city and the world) address, four days after more than 120 countries backed a UN resolution urging the United States to reverse its decision on Jerusalem.

“Let us pray that the will to resume dialogue may prevail between the parties and that a negotiated solution can finally be reached, one that would allow the peaceful coexistence of two states within mutually agreed and internationally recognised borders,” he said, referring to the Israelis and Palestinians.