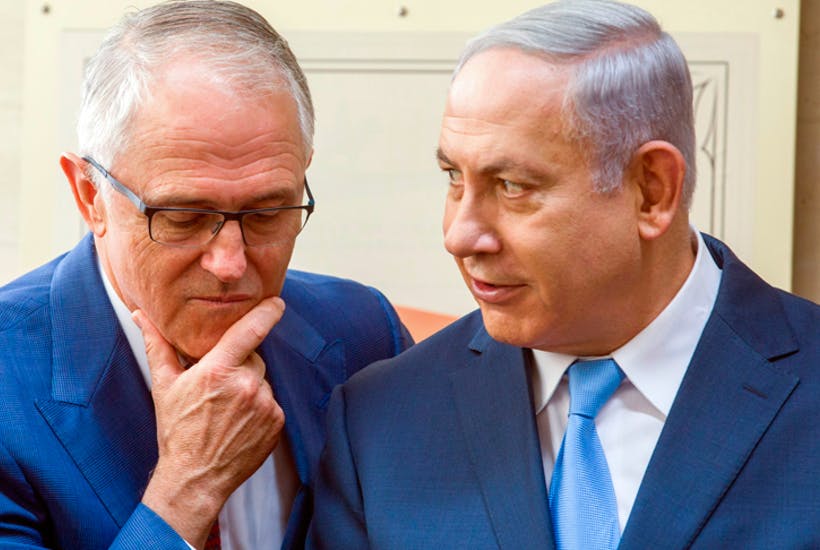 Exactly a year ago on this page and on our cover we denounced the Obama administration-sponsored United Nations Security Council Resolution 2334 in the strongest possible terms, labelling it a ‘direct existential threat’ to Israel.

2334 denies the legality of Israeli settlements, including – crucially and ominously – within East Jerusalem. As we suspected, Barack Obama’s and John Kerry’s eleventh-hour move would be a watershed in the Left’s and the Islamic world’s relentless campaign to delegitimise not only the state of Israel, but the history and heritage of the Jewish people themselves.

And so it has turned out.

But we did have some good news to report. As we pointed out, Malcolm Turnbull and Julie Bishop were to be commended for comments each made appearing to suggest, although not specifying, that Australia would ‘probably’ not have supported resolution 2334 had we still been on the Security Council ourselves. These vague assertions were enough for the Jerusalem Post to lavish praise on Australia as ‘one of Israel’s few true friends’. Not long after, Prime Minister Benjamin Netanyahu made an historic visit to these shores, where Mr Turnbull assured him of the enduring friendship between our two countries and went so far as to criticise the UN, saying: ‘We do not support one-sided resolutions which condemn or criticise Israel.’ Fine words. But were they matched with fine actions? Alas, no.

Read the editorial in The Spectator.