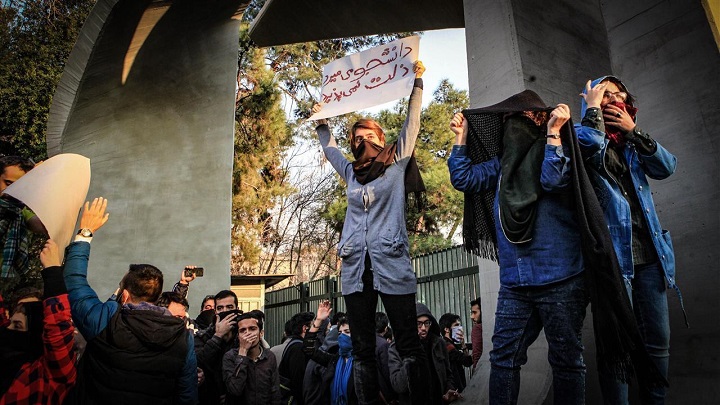 IT started, most likely, as a small protest in the city of Mashhad, where poorly-paid workers took to the streets to register their unhappiness at sharp rises in the cost of eggs and fuel.

Nine days later, it has grown into the most serious civil unrest to strike the Islamic Republic of Iran in almost a decade, claimed at least 22 lives, and seen more than 1000 people arrested.

The world is watching events as they develop in cities and towns across Iran, and the United States and Israel are openly cheering on the protesters, although most European leaders are taking a neutral stance, having heavily-backed the incumbent president, Hussan Rouhani.

The protesters, mainly young working-class men, have been joined by women and other Iranians seeking more freedom from the strict Islamic laws imposed on them – showing great courage in defying a notoriously oppressive regime and the all-powerful mullahs, including the hard-line Supreme Leader, Ayatollah Ali Khamenei.