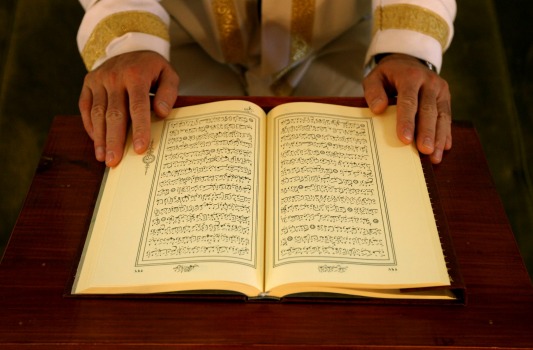 How the Quran is misused by Islamic militants

Anyone who follows the news will be aware that the sacred book of Islam is the Quran (known to Muslims as the “Noble Quran”), or, as it was named for centuries in English, the Koran.

The militants of al-Qaida and the Islamic State group proclaim their allegiance to this fundamental text of their religion with the same fervour and ignorance as the Christian Crusaders did when they quoted the Bible.

In a work of rare courage and humility, Garry Wills has brought the horrors of the Crusades into confrontation with the horrors of the Islamic State, in full recognition that Christian and Muslim warriors are alike in their deliberate repudiation of the basic tenets of the religions they profess.

Wills, who had known little about Muslim scripture before he wrote his book, has undertaken the difficult task of learning about a text written down in the early seventh century in a language he cannot read, in order to show his readers that the Quran is utterly incompatible with the barbarous beliefs and conduct of those who have violently espoused an alleged caliphate in its name in the 21st century.

Read the full article written by G.W. Bowersock at the Australian Financial Review.