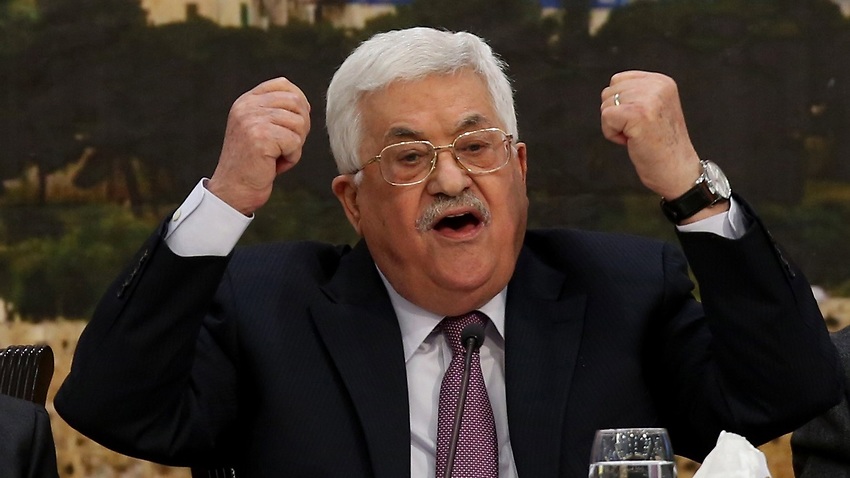 epa06438685 Palestinian President Mahmoud Abbas speaks during a meeting of the Palestine Liberation Organization (PLO) Central Council, at his presidency compound in the West Bank town of Ramallah, 14 January 2018. Other officials are unidentified. The Central Council of the PLO started on 14 January its 28th meeting and called to urgently discuss the US decision to recognize Jerusalem as Israel's capital. EPA/ALAA BADARNEH

Palestinian leader Mahmoud Abbas denounced US President Donald Trump’s peace efforts as the “slap of the century” at a key meeting Sunday on the White House’s declaration of Jerusalem as Israel’s capital.

Mr Abbas also declared “shame on you” while defending his state against Mr Trump’s tweet that read: “We won’t give money to the Palestinians because they rejected the negotiations.”

“Shame on you. When did we reject the talks? Where is the negotiation that we rejected?” the Palestinian leader said, according to the Associated Press.

In a wide-ranging two-hour speech, Mr Abbas reiterated he would not accept the Trump administration as a mediator in peace talks with Israel and called for an internationally-led process.