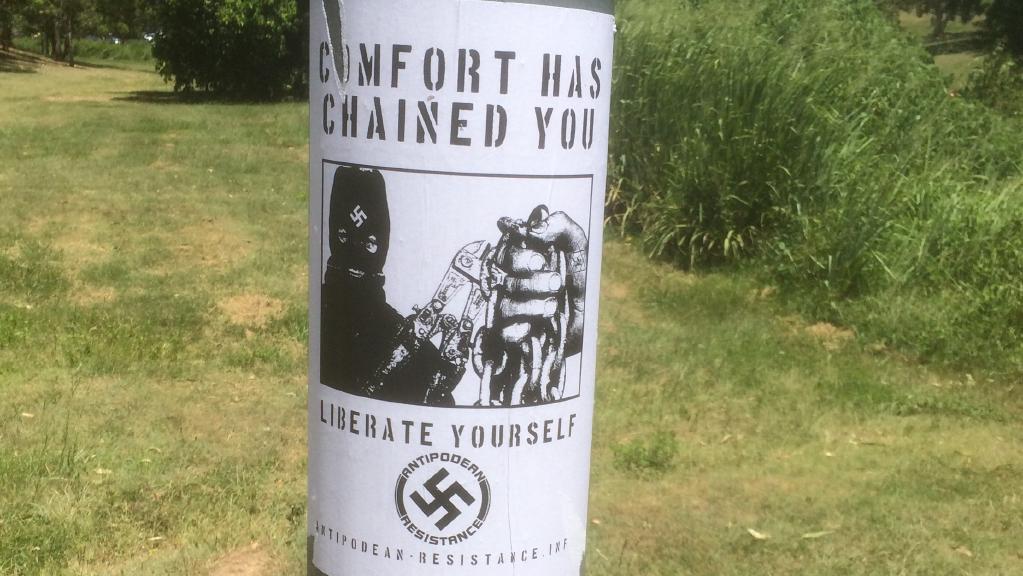 A spokesperson for the group this morning said posters, found yesterday at Grange, Stafford and Gordon Park, “were all placed by our activists”.

“Our material is being spread from the Gold Coast to Townsville,” they said.

“This is just the tip of the iceberg – we have chapters in every other state working towards the same goals.”

A spokesman for Queensland Police said they were aware of the group.

“Anyone with information regarding illegal activities of someone purporting to be a member of the group should contact police,” the spokesman said.

Read the full article by Kara Sonter of City North News at The Courier Mail (subscriber only).