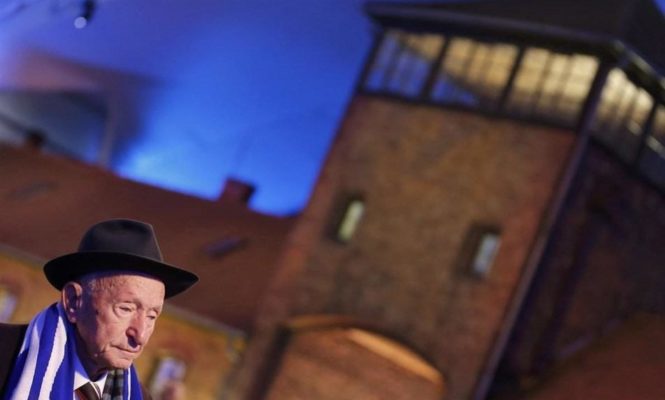 Would you stand by and watch evil happen?

IT seems very wrong that the survivors of the Holocaust are generally seen as just victims, and all that that implies. Helplessness, weakness.

Because they are far from it.

The survivors of one of the world’s worst ever acts of genocide have a strength that is difficult to put into words.

They have eclipsed the toxic legacy of Adolf Hitler and the Nazis, to teach tolerance and acceptance, and act as a warning to all.

And today their role in educating us about the environment that gave rise to the Holocaust and how governments can manipulate people against one another, is as important as ever.

Their input in teaching critical thinking is a rare boon, but one that has a finite window.

Now, aged from their late 70s to 90s, when you meet these remarkable men and women you can’t help notice the twinkle in their eyes.

To hear their accounts of survival under Hitler’s regime is much more powerful than to read it in a history book.

We all know the horrendous statistics. The six million Jews murdered in WWII, as well as the gypsies, Serbs and other persecuted minorities.

But for many Australians the reality of this seems very distant, an event that occurred, now, a long time ago, far away in Europe.

Read the full article by Martin Newman at the Herald Sun (subscriber only).