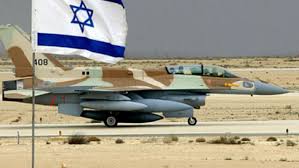 Israelis have secret pact with Egypt to take on ISIS

Washington: Unmarked Israeli warplanes and helicopters have carried out dozens of covert attacks against the Islamic State and other terrorist groups inside the Egyptian Sinai in recent years, said two former senior US officials.

The airstrikes by Israeli planes are conducted with the support of President Abdel-Fattah el-Sissi, who has led an often brutal campaign inside Egypt to wipe out the jihadist groups but has struggled to defeat them.

In November, the Egyptian affiliate of the Islamic State launched a brazen attack in which nearly 40 gunmen stormed the al-Rawdah mosque in Egypt’s sparsely populated Sinai, killing more than 300 worshipers.

The terrorist group first came to widespread public attention for its suspected role in the downing of a Russian airliner in 2015, in which 224 people were killed. Egypt’s military has struggled for years to destroy the group, which briefly seized control of the northern Sinai town of Sheikh Zuweid and has launched dozens of attacks on soldiers, police and Coptic Christian churches.

Read the article in The Brisbane Times (from The Washington Post).