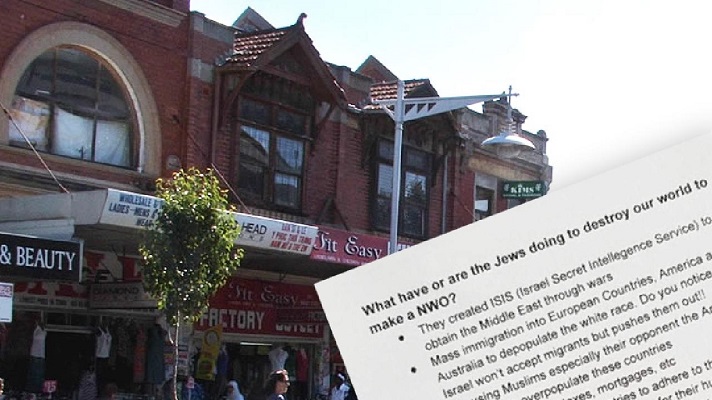 Anti-Semitic flyers describing Jews as the enemy of education, the family unit and human rights, have been distributed around Melbourne’s inner west, alarming a leading civil rights group.

The Anti-Defamation Commission has condemned the “contemptible an unsettling” flyer, expressing concerns that anti-Semites were “redoubling their efforts like never before”.

A copy of the anti-Semitic flyer being distributed around Melbourne’s Footscray.

The one-page flyer, which was distributed anonymously around Footscray in the past 24 hours, appeared to blame Jews for everything from mass immigration and overpopulation to processed foods, even “making life harder so both parents are working, thus pushing children into childcare centres”.

Read the report by Rebecca Urban in The Australian.