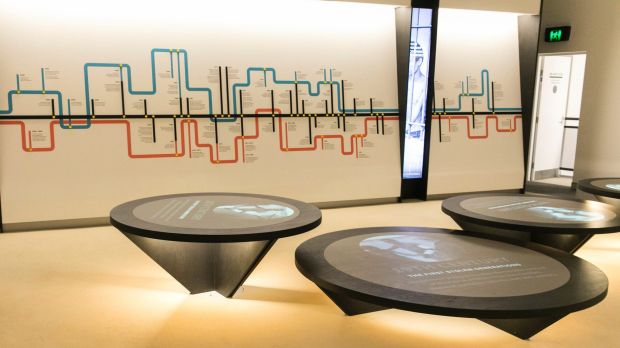 Herta and Henry Bromberg were forced to sell their art collection before World War II in order to find safety.

It is a little known faby LKct that in the aftermath of the terror of Kristallnacht an elder of the Yorta Yorta nation led a delegation on behalf of the Australian Aborigines’ League to the German consulate in Melbourne to protest the “cruel persecution of Jews” in Germany.

William Cooper was not admitted and his protest attracted little attention except for a small single column report in The Argus in Melbourne.

The new Holocaust and Human Rights exhibition completes the museum’s refurbishment and looks at issues of disability, refugee, Indigenous and LGBTQI rights in Australia.

Read the article by Linda Morris in the Sydney Morning Herald.