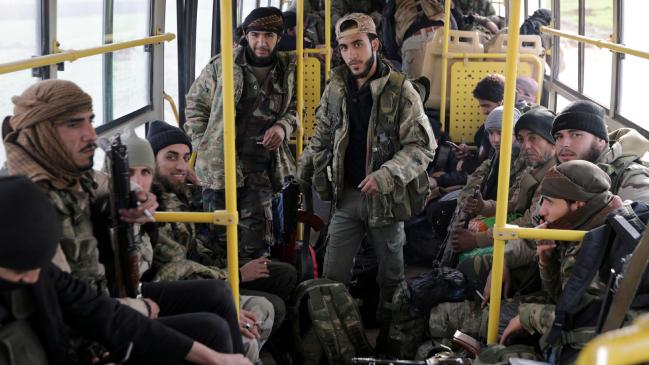 In December, Vladimir Putin used a surprise visit to Syria to ­declare that Russia’s mission there was “basically accomplished”. His troops had saved the regime of Bashar al-Assad. And Russia had played the decisive part in a conflict that the US had failed to control. Coming after the annexation of Crimea in 2014, his message was clear. Russia is back.

Just 10 weeks later, the Russian President’s boast looks premature. Within a few hours last weekend, Iran first sent a large surveillance drone from deep inside Syria into Israeli airspace and Israel responded by shooting it down and destroying its controlling infrastructure near Palmyra.

When an Israeli F-16 fighter jet, on its way home from the raid, was brought down by a salvo of Syrian air-defence missiles, Israel hit back by destroying around one-third of Syria’s anti-aircraft ­batteries.

Russian military advisers may have been among those killed.

The skirmishes hold two ­messages. Far from winding down, the war in Syria is entering a new and possibly more dangerous phase. And while fighting rages, Russia must stay.

Read the full article in The Australian (from The Economist).