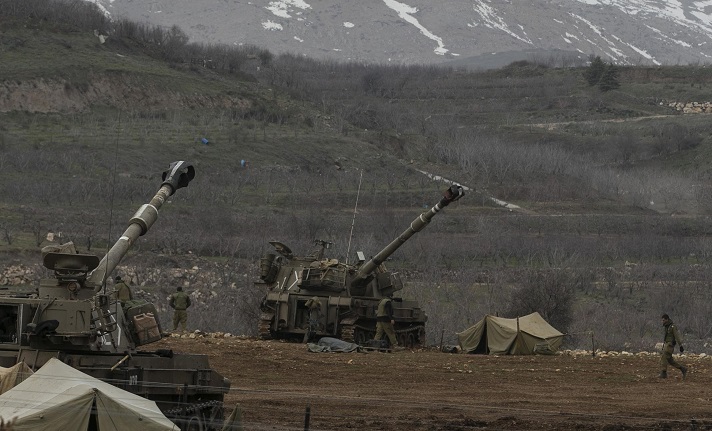 When Israel fired back

On Saturday morning (Saturday evening in Australia), news began to filter through about an incident in Israel’s north – an Iranian drone flying into Israeli sovereign territory, a downed F-16 jet. It was not clear straight away, but the IDF did post a timeline of the events and how the drama all unfolded:

Following the incident, the Head of the International Media Desk with the IDF Lt. Col. Jonathan Conricus stated, “The Syrians and the Iranians, from our point of view, are playing with fire. The Syrians are playing with fire when they allow the Iranians to attack Israel from their soil. We are willing, prepared, and capable to exact a heavy price on anyone that attacks us. However, we are not looking to escalate the situation.”

Backing up what Lt. Col. Coricus said, Maj. Gen Yoel Strick, Head of the Northern Command said, “What we’ve known for a long time is now clear to everyone: Iran wants to establish a front in Syria that is aimed at harming Israel. We are not looking to escalate the situation, but we have abilities that we are not afraid to use.”

But the operation was vital with the head of the Air Group in the IAF Brig. Gen. Amnon Ein Dar declaring, “We carried out a wide-scale attack on the aerial defense system – radars, rockets, batteries, posts, and we performed a substantial strike, which as can be seen – they are trying to hide. He continued that it was “the biggest and most significant attack the air force has carried out against Syrian air defenses since 1982.”

Prime Minister Benjamin Netanyahu said, “I have been warning for some time about the dangers of Iran’s military entrenchment in Syria. Iran seeks to use Syrian territory to attack Israel for its professed goal of destroying Israel. This morning Iran brazenly violated Israel’s sovereignty. They dispatched an Iranian drone from Syrian territory into Israel. And this demonstrates that our warnings were 100% correct. Israel holds Iran and its Syrian hosts responsible for today’s aggression. We will continue to do whatever is necessary to protect our sovereignty and our security.”

And rightly so? What other nation needs to justify its own self-defence so frequently?

Read the full article by Emily Gian, Media & Advocacy Director for the Zionist Federation of Australia.