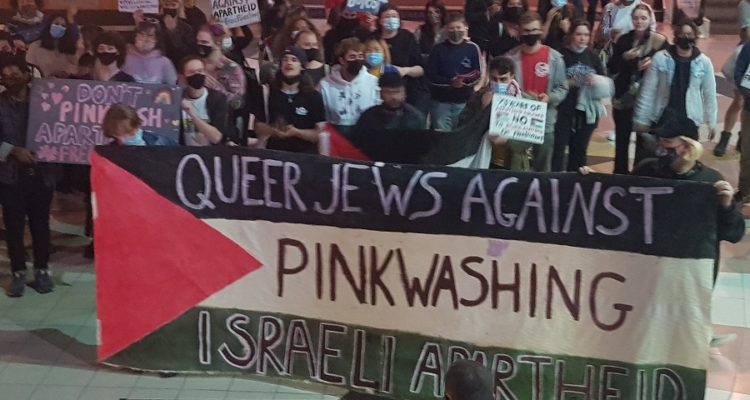 At the screening Friday night of the Israeli film ‘The Swimmer’ at the Melbourne Queer Film Festival (MQFF) there was a protest of about 50 people appearing under the banner of the anti-Zionist group the Tzedek Collective.

There had been pressure put on to the MQFF committee to have the film removed from the program because the protesters oppose what they call Israeli apartheid and pinkwashing of alleged oppression of Palestinians.

Watch what happened at the protest.