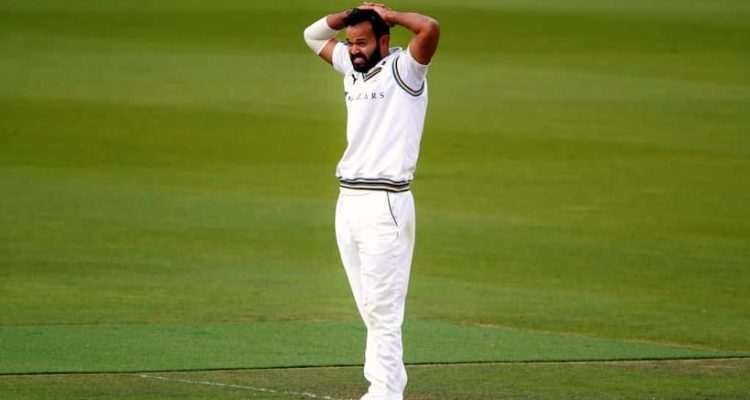 The ridiculous rehabilitation of A﻿zeem Rafiq

Has Azeem Rafiq been forgiven yet? He’s certainly working on it. After finding himself on both sides of a racism scandal, the former Yorkshire cricketer’s rehabilitation PR operation has been nothing if not swift. As the story broke last week that Rafiq had sent messages mocking Jewish people, he apologised immediately: ‘I am incredibly angry at myself and I apologise to the Jewish community’.

The following day, in an interview with the Jewish Chronicle, Rafiq apologised again: ‘My genuine feeling is that I deserve the flak. I f***ed up’. ‘It’s for the Jewish community to decide whether you guys accept my apology,’ he added.

Rafiq has popped up once more today with a video of him meeting Holocaust survivor Lily Ebert at a synagogue in Finchley. ‘The powerful moment Azeem Rafiq understood where antisemitism leads’, read the headline in the Jewish News. In the picture beneath it, he looks remorseful as he learns about Auschwitz for the first time. Rafiq also received a crash course in the Jewish faith. Speaking to a reporter, he said the day had ‘been incredible…just sitting down with Jewish people, and listening to them, and their experiences.’

The encounter came hours after Rafiq had another heart-to-heart with a Holocaust survivor, handling a Nazi-era yellow star as he toured the Jewish Museum in Camden. Once again, the cameras were there. ‘I just feel that if I had more interaction with Jewish people, I wouldn’t have made those comments,’ said Rafiq. ‘It feels like we just don’t get around the same table together enough.’

Read the article by Tom Goodenough in The Spectator.