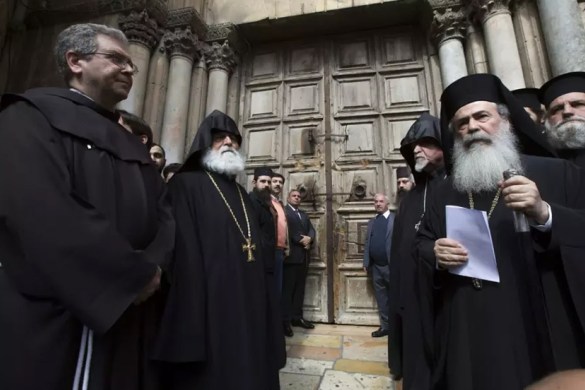 Church leaders in Jerusalem have taken the unusual step of closing the Church of the Holy Sepulchre in a protest against moves to collect property tax on some church-owned properties and proposed legislation which they fear would let the state expropriate church-owned land.

In a statement issued on Sunday, the Roman Catholic, Greek Orthodox and Armenian Church leaders – custodians of the site – said the church, which draws thousands of pilgrims each day, would be closed until further notice.

The leaders said that they had watched with “great concern” a systematic campaign against churches and the Christian community in the Holy Land.

“Recently, this systematic and offensive campaign has reached an unprecedented level as the Jerusalem municipality issued scandalous collection notices and orders of seizure of Church assets, properties and bank accounts for alleged debts of punitive municipal taxes,” the statement reads.