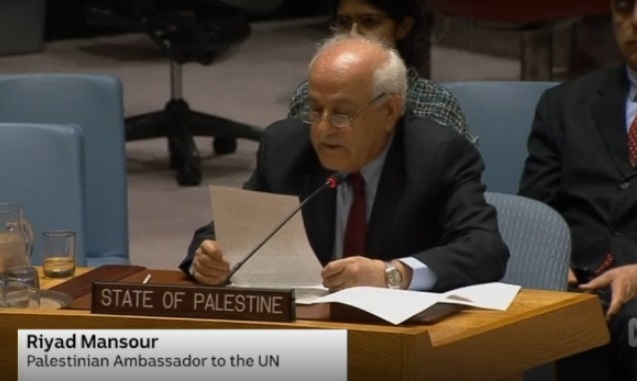 Editor: Watch the ABC at work as usual showing both sides of the story – of course I’m being cynical.
The Palestinian Ambassador to the UN Riyad Mansour spoke in justification of the rioting by Gazans ignited by Hamas for 20 seconds while the Israeli IDF spokeswoman Major Keren Hajioff was given 7 seconds.