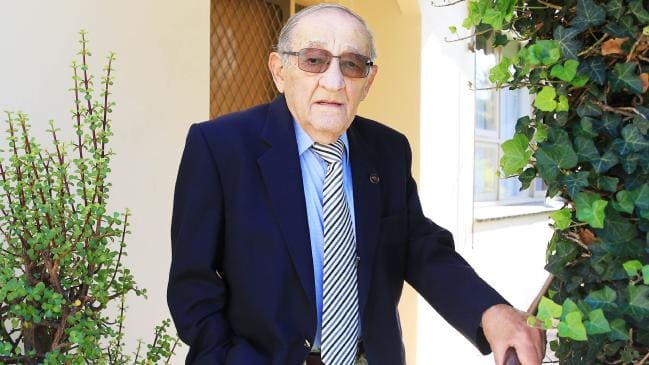 Barrister to meet with Holocaust survivors after Dutton-Nazi retweet

Prominent barrister Julian Burnside will meet Holocaust survivors in response to growing anger at his decision to retweet an image of Peter Dutton dressed as a Nazi, a move described by the Home Affairs Minister as “a ­humiliating and belated backtrack”.

Mr Burnside has apologised to anyone who was offended by the picture, but told The Australian he did not regret the Dutton-Nazi photo he shared on Twitter.

In the retweet, Mr Dutton’s face was superimposed on that of a Nazi official in a uniform which included the “death’s head” emblem used by the SS unit responsible for concentration camps.

Mr Dutton said the decision to meet Holocaust survivors was a “humiliating and belated backtrack from Mr Burnside”.

“He has no self-awareness and the fact is he offended many within the Jewish community. His comments were deplorable,” Mr Dutton said.

Mr Burnside said he never made links between the Australian government and the Holocaust. “My concern is to remind people that the way the Nazis thought, and in particular the way they distorted public opinion to encourage fear and hatred of Jews, is worth remembering these days,” he said.

“I am sorry to have upset ­people who thought, mistakenly, that I was referring to the Holocaust in my retweet. I was not.”

Mr Burnside said he accepted the Anti-Defamation Commission’s invitation to meet Holocaust survivors out of “common courtesy” and because he wanted to meet people who remembered the lead up to the Holocaust. “I hope he will have a recollection of the way anti-Semitism developed during the 1930s,” he said.

Mr Burnside will meet Moshe Fiszman, 96, a Holocaust survivor who said he wanted to tell him not to use as a political prop the Nazis that killed his family.

“My family was murdered with poisonous gas … I watched babies being torn out of their mothers’ arms and thrown into fires,” Mr Fiszman said.

Read the full article written by Richard Ferguson at The Australian.