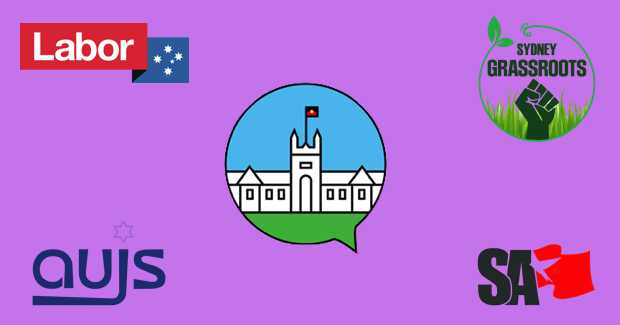 Over two council meetings, factions and societies disputed over the relationship between campus antisemitism and the Israel-Palestine conflict.

On April 4, the SRC passed a motion condemning antisemitism. What many would assume would be a simple debate—antisemitism is wrong—instead became an hour of councillors splitting hairs over whether it is antisemitic to criticise the country Israel. When it came to a vote, councillors from the political factions Grassroots and SAlt left the building.

The motion was moved Unity (Labor Right) and had been drafted with the Australasian Union of Jewish Students (AUJS). It used the definition of antisemitism put forward by the International Holocaust Remembrance Alliance (IHRA)—an intergovernmental body to which Australia is an observer country.

The motion responded to statistics published by the Executive Council of Australian Jewry, which states that there has been a 9.5 per cent rise in recorded antisemitic incidents, and increases in antisemitic activity on Australian university campuses.

The motion cited an incident at USyd in April 2017, where an individual linked to Chemtrails Geelong had been distributing material claiming that the Holocaust was “demonstrably false” along with a link to a website with antisemitic content. For those unfamiliar with Chemtrails Geelong, their website is a kind of digital manifestation of a tinfoil hat—complete with articles discussing “so-called scientists, who were and still are heavily invested (psychologically and otherwise) in orthodox Darwinian dogma”, “Psychiatry: science or fraud?”, “Hollywood Jewry in Damage Control” and, as their chosen name suggests, an almost 15, 000 word rant of Fox Mulder-ian proportions describing how commercial aircraft are releasing chemical and biological agents for conspiratorial reasons.

Read the article by Brendan James O’Shea in Honi Soit.