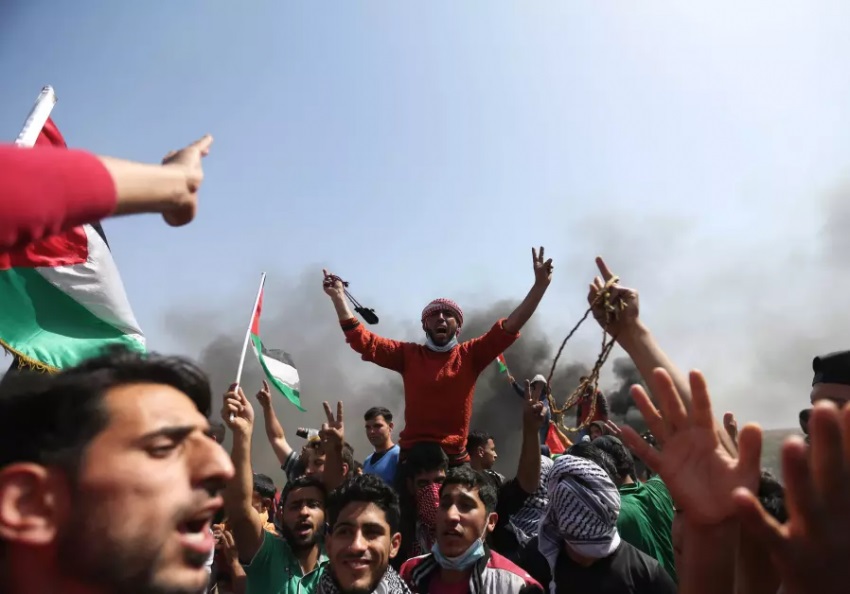 Israeli troops have killed 41 Palestinians and wounded more than 5,000 others since Gaza residents began staging protests along the border fence on March 30 to demand the right of return for Palestinian refugees.

The troops were holed up behind fortifications on their side of the 40km (25-mile) border fence and fired live ammunition and tear gas at protesters at five locations on the Gazan side.

Gaza medical officials said two protesters who were struck by bullets were in critical condition in hospital and 600 others were wounded.

The Israeli military said 12,000-14,000 Gazans were participating in what it described as “riots,” and that some had tried to breach the border into Israel. It said troops “had operated in accordance with the rules of engagement” to stop people crossing the border.

The Gaza health ministry said 200 were wounded by gun fire, including a Palestinian journalist who was hit in the foot by a bullet.

Read the full article written by Nidal Al-Mughrabi at The Australian (subscription required) and at news.com.au.