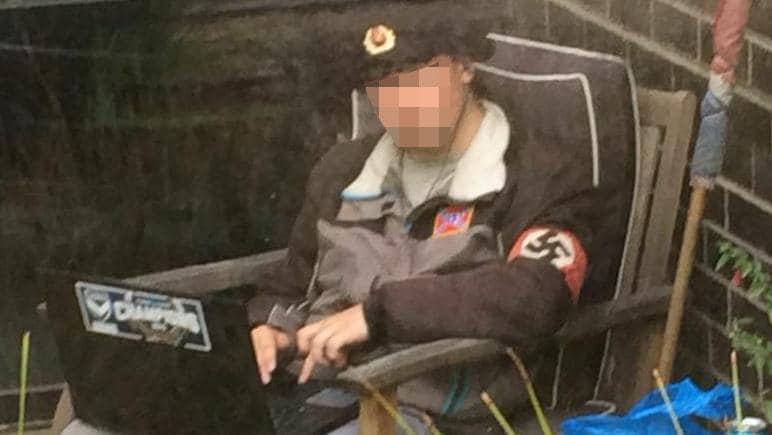 SHOCKED library users were confronted by a man wearing a swastika armband in Carnegie this week.

A Jewish mum, who was with her young children, was so upset she snapped a pic of the man and sent to the Anti-Defamation Commission.

Commission chairman Dr Dvir Abramovich said he was appalled and angered by the sickening incident.

“It’s chilling to know that parents and children attending a local library in Carnegie have to confront an individual with pure hate in his heart who is hell bent on intimidating and terrifying our community members,” he told Leader.

“The Nazi swastika is a universal symbol of murderous prejudice and evil, and we denounce vigorously this repulsive and repugnant display of intolerance, which is an attack on the decency of all Melburnians.”

Read the article in the Caulfield-Glen Eira Leader,