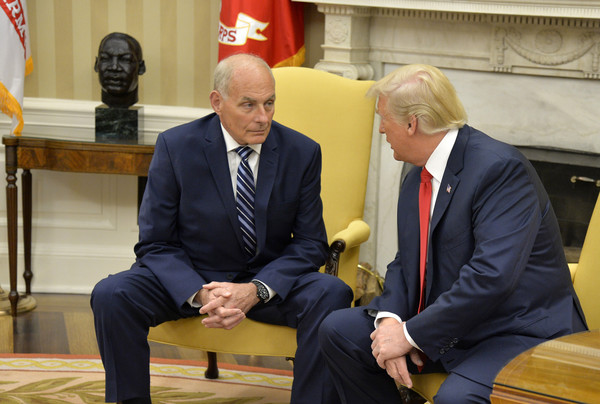 In the last ten days Trump and the world saw the prospect of peace finally begin to dawn on the Korean peninsula. And, perhaps even more extraordinarily, we witnessed hip-hop star Kanye West declare his support for the American president and all but come out as a Republican.

But over the same period, the existential dangers to Trump’s administration have only increased, leading the presidency into dangerous and uncharted waters.

To put it another way, unpredictability only works for as long as it takes for it to become predictable.

Which means that Trump may have a much harder time solving the problem of Iran – which was empowered by a much-criticised deal signed under Barack Obama and whose leaders are spoiling for a fight.

Trump wants to “tear up” the deal, which has seen Iran promise to curb its nuclear activity (sound familiar?) in exchange for relief from sanctions.

The problem is, Iran has far more options to cause chaos in retaliation.

Iranian proxies have been building up their forces in Lebanon and Syria; the Hezbollah flag is flown openly on the Lebanese side of Israel’s northern borders. Intelligence experts say that Iran is spoiling for a fight and has the power to rain thousands of missiles from installations such as these – many embedded in civilian areas, making defense and retaliation more complex – down on Israel.

Read the article by James Morrow in The Daily Telegraph.