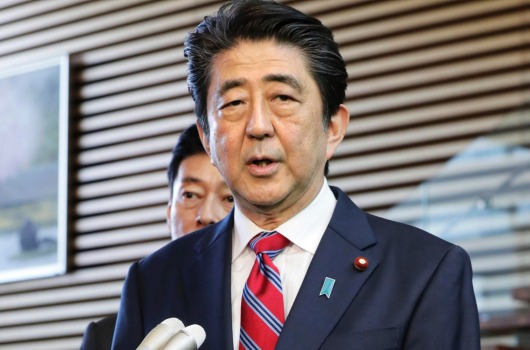 Israel offends Japan’s PM, Shinzo Abe, by serving him dessert in a shoe

There aren’t that many cultures where putting a shoe on the dining room table is acceptable behaviour, but for the Japanese there is clear etiquette against allowing outdoor shoes inside.

That might explain the furor following a visit by Japanese Prime Minister Shinzo Abe and his wife, Akie Abe, to Israel last week.

After a day of high-level meetings on May 2, the Japanese leader was treated to a festive meal at the official residence of Prime Minister Benjamin Netanyahu and his wife, Sara Netanyahu. It was their second time in Israel, and the visiting couple were served a top-notch meal by celebrity Israeli chef Segev Moshe.

But then came dessert. A selection of delectable chocolate pralines – artistically arranged inside a shiny leather shoe.

“This was an insensitive decision,” the article quoted one unidentified senior Israeli official as saying. “There is nothing lowlier than a shoe in Japanese culture. Not only do they not wear shoes at home, you also won’t find shoes in their offices. This is disrespect of the first order.”

Read the article by Ruth Eglash in the Australian Financial Review (from The Washington Post).

[For an amusing take on this story download the podcast Food, Feet & Fancy Cars from the program ‘Israel On My Mind’]