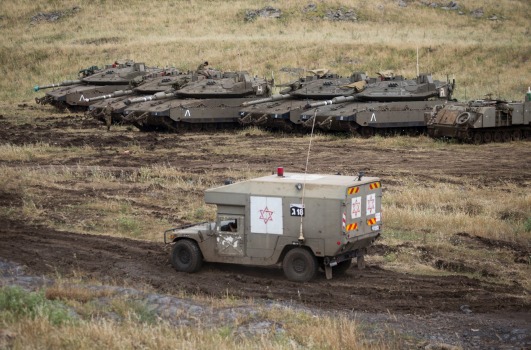 Israel’s response, which Israeli officials claimed struck a severe blow to Iran’s military capacity in Syria, came amid drastically ramped up tensions in the Middle East after President Donald Trump’s move this week to pull the United States from a multinational nuclear deal with Tehran. Israel had railed against the agreement and Trump had campaigned on the promise of withdrawing from it, but European countries and many analysts had seen it as a crucial element holding Iran and Israel, implacable foes, from all-out conflict.