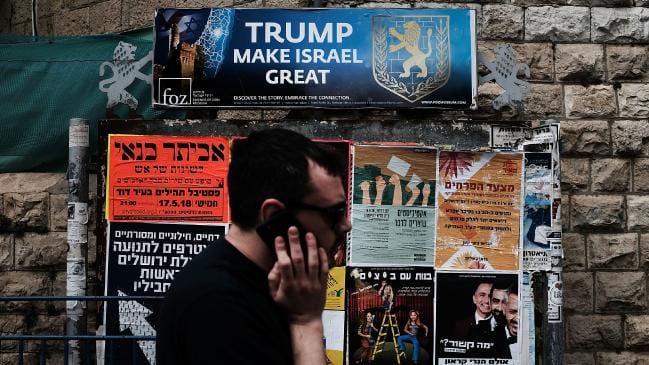 Under fire but unfazed, Israel plays the waiting game with Iran

It is spring in Israel. On the face of it, all appears normal. Yet underlying the everyday is the hint of tension. The low buzz that presages violent events. We know it well in Israel and it has been all around for weeks.

Two nights ago, there was an eruption. The special forces unit of Iran’s Islamic Revolutionary Guard Corps launched 20 missiles at northern Israel. ­Israel’s Iron Dome shot down four of them. The others landed in Syria. The Israeli Air Force launched a counter-attack. Iranian storage facilities and logistics sites in Syria were targeted along with five ­Syrian air defence systems.

As the smoke cleared, an uneasy calm returned. Probably not for long.

A series of milestones is approaching in coming weeks, any of which could precipitate further strife. The extended period in which Israel managed to keep itself largely one step removed from the chaos of the Middle East seems to be drawing to a close.

Donald Trump announced this week he will withdraw the US from the nuclear deal with Iran. The stage is set for a return to open confrontation between the US and Iran.

The US has commitments in the region (in Iraq and eastern Syria, in particular) which would be vulnerable to violent pushback by Iran through its proxies.

Israel’s ongoing efforts to roll back Iranian gains in Syria will constitute an element of this larger contest. This, in turn, will increase the chance of confron­tation between Israel and Iran.

As Israeli Housing Minister (and former general) Yoav Galant told Bloomberg News this week: “It’s clear that friction between Iran and the US can lead to a situation in which Iran decides to deploy Hezbollah against Israel … That’s their tool.”

Read the article by Jonathan Spyer in The Australian (subscription required).