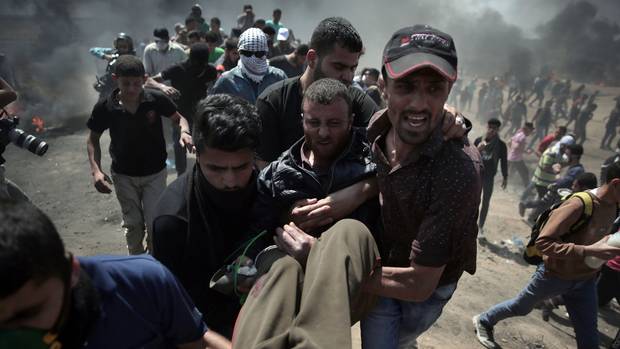 It’s been the bloodiest day in Gaza since the 2014 war between Hamas and Israel. Palestinian medical officials say about fifty people have been killed by the Israeli military amid protests at the Israeli fence around Gaza.

The Israeli military says it won’t allow anyone to breach the fence and must use force to protect the Israeli communities living near Gaza, but the killings have sparked international criticism.

The protests are part of a six week long campaign to mark the anniversary of Israel’s creation but they’ve intensified overnight given Donald Trump’s decision to open new US embassy in Jerusalem.

Listen to the segment from Matt Brown on the ABC AM program.