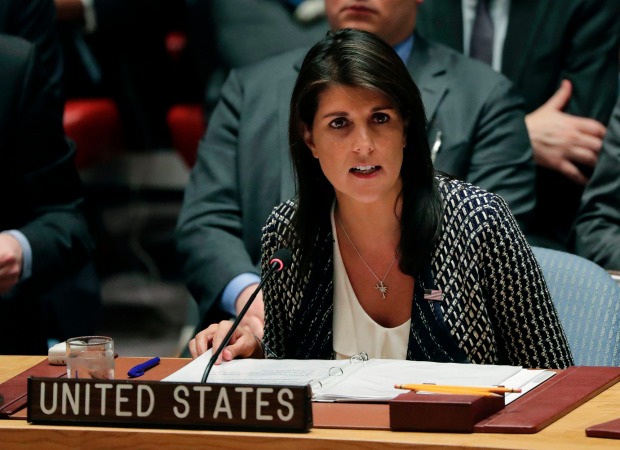 Israel, US criticised for Palestinian deaths in Gaza

Israel and the United States came under harsh, global criticism on Tuesday as both countries defended Israel’s use of live ammunition against Palestinians protesting at the Gaza border. The Palestinian death toll from the shootings on Monday rose to at least 60, while the United Nations put the overall tally in six weeks of escalating tension at 112.

“Lethal force may only be used as a measure of last, not first, resort and only when there is an immediate threat to life or serious injury,” UN human rights spokesman Rupert Colville told reporters in Geneva. An attempt to approach or cross a border fence was “not sufficient grounds”, he said.

Thousands have been wounded, Mr Colville said. “Enough is enough.”

Nikki Haley, the US ambassador to the UN, told an emergency meeting of the Security Council that Israel had acted with restraint. She dismissed suggestions that the violence was related to the opening of the US Embassy in Jerusalem, and said that Hamas, backed by Iran, had urged protesters to burst through the fence separating Israel from the Gaza enclave.

“I ask my colleagues here in the Security Council: who among us would accept this type of activity on your border?” Ms Haley said. “No one would. No country in this chamber would act with more restraint than Israel has.”

Read the article by Carol Morello, Loveday Morris and Karen DeYoung in the Australian Financial Review.