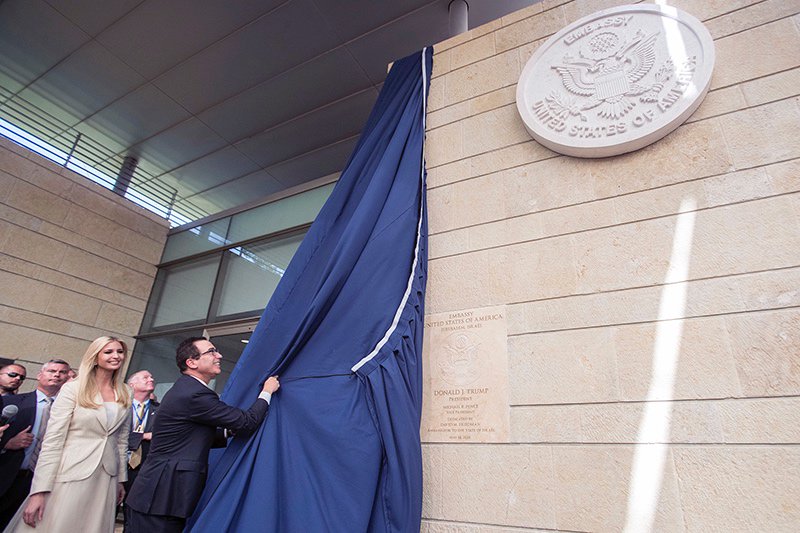 When American and Israeli officials inaugurated the first-ever US embassy in Jerusalem on Monday in a festive red, white and blue ceremony, more than 100 evangelical Christians, including former US congresswoman Michele Bachmann, were on hand.

So were scores of American Jews, including Jared Kushner and Ivanka Trump, many of them Orthodox.

President Trump’s December, 2017, decision to move the embassy from Tel Aviv to Jerusalem has spurred criticism from those who believe the decision will impede a broader peace settlement in the Middle East by denying Palestinian claims to the city. It has also brought fears of increased violence. (As of this writing, at least 58 Palestinian deaths have been reported along Israel’s border with Gaza in protests against the embassy’s relocation.)

But for some evangelical Christians and Orthodox Jews, the embassy’s relocation is not only a smart political move but a fulfillment of divine prophecy.

“We see the embassy as crucial to God’s timing to bring about the revelation of the messiah,” Rev David Swaggerty, the leader of CharismaLife Ministries in Columbus, Ohio, said following a joint Christian-Jewish Bible study session hosted at the Israeli Parliament the day before the embassy ceremony.