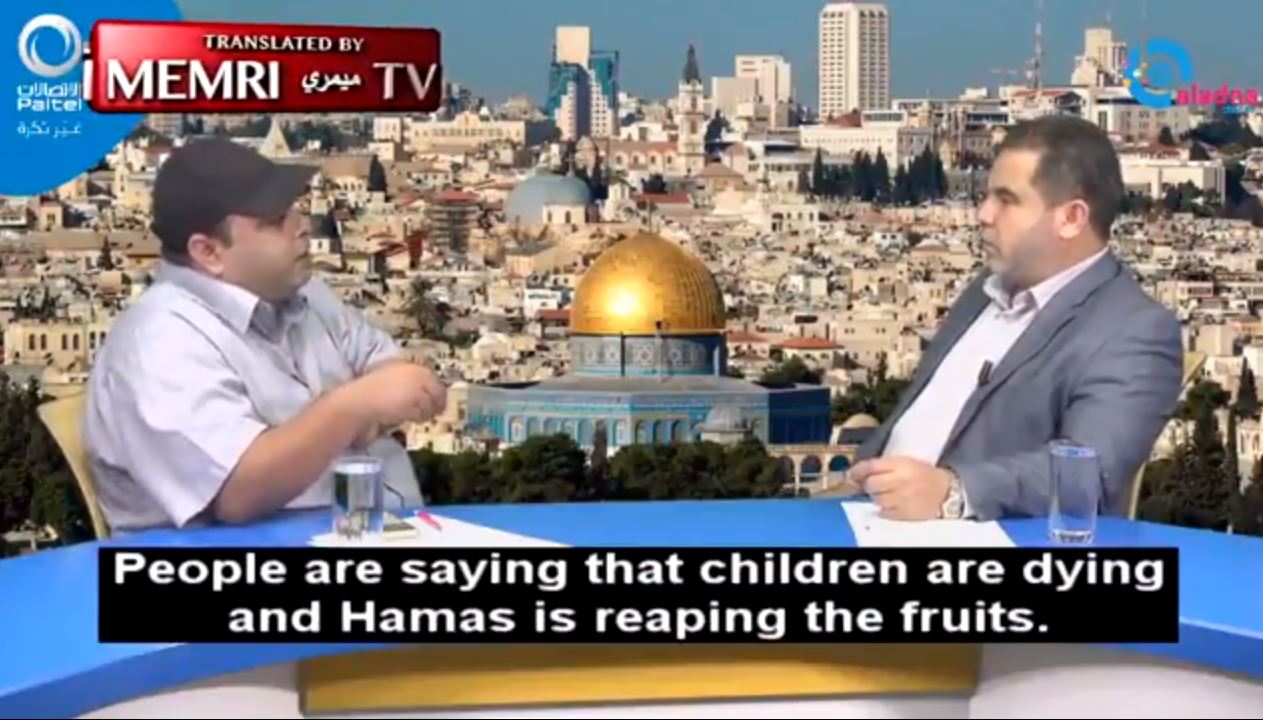 Hamas: 50 of the protesters Israel shot were our members

Caught. A senior Hamas official – accused of sacrificing children and civilians – protests that 50 of the 62 people allegedly killed by Israeli troops on Monday were in fact members of Hamas, the terrorist group that runs Gaza.  The figures were “official”,  he said.

From the Andrew Bolt  blog drawing attention to a video produced by MEMRI.