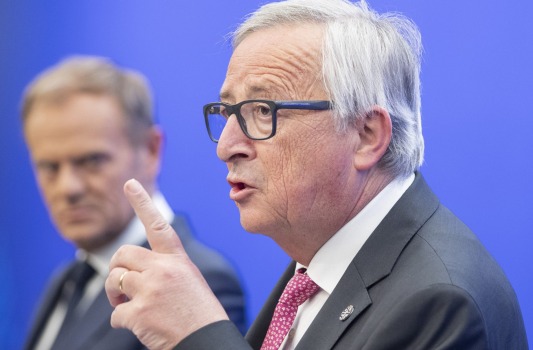 EU moves to blunt US sanctions on Iran

Venting anger at President Donald Trump, European leaders said Thursday they would take steps aimed at blunting the effects of the US sanctions he restored on Iran, which could penalise European companies doing business there.

At a European Union summit meeting in Sofia, Jean-Claude Juncker, president of the European Commission, the bloc’s executive arm, said it would begin a legal process to prohibit companies based in the 28-nation union from complying with the US sanctions.

“We should know that the effects of the announced American sanctions will not remain without consequences,” Mr Juncker said. “We have a duty to protect our European companies.”

The meeting, with leaders of western Balkan countries, came barely a week after Mr Trump quit the 2015 nuclear agreement between Iran and leading world powers, which has eased sanctions on the country in exchange for verifiable curbs on its nuclear activities.

Read the article by Barbara Surk in the Australian Financial Review (from The New York Times).