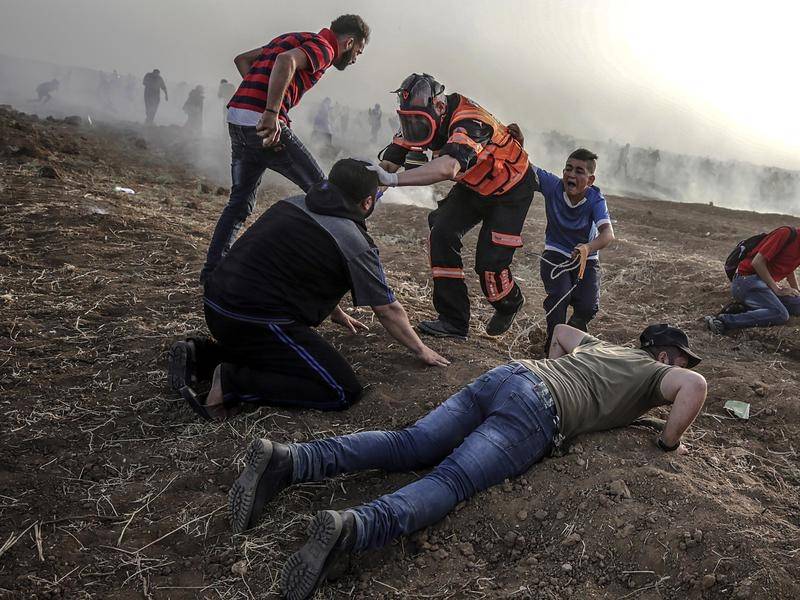 Dozens of Palestinians demonstrating at the Gaza border have been wounded by Israeli gunfire and tear gas, as the latest round of protests drew several thousand participants to the frontier.

Dubbed the March of Return, the protests were launched on March 30 to demand the right of return for Palestinian refugees and their descendants to family lands or homes lost to Israel during its founding in a 1948 war.

Protests along the border reached a peak on May 14 when Gaza medical sources said at least 60 Palestinians were killed by Israeli gunfire. The violence has tapered off since but there are still sporadic flare-ups.

Since the border protests began, 113 Palestinians have been killed by Israeli fire, Gaza medical officials said.

Most of the participants on Friday kept their distance and remained about 800 metres from the fence. Dozens of youths, however, advanced to around 300 metres’ distance and burned tyres at one protest spot. East of Gaza City some youths came right up to the fence and tried to pull it apart.

Read the article in the Camden-Narellan Advertiser.