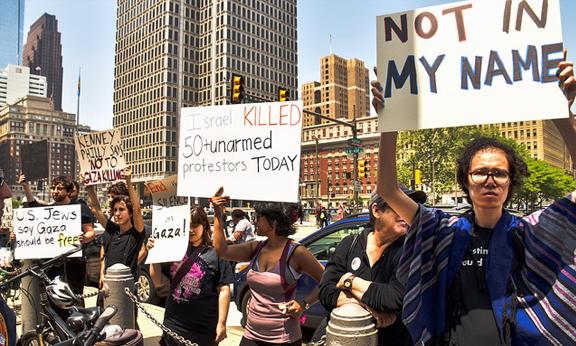 The strained relationship between US Jews and Israel

At the opening of the US embassy in Jerusalem in May, two pastors were present to make the opening and closing prayers.

They come from extreme right, white Christian evangelical traditions. Both are well known for their outspoken anti-Semitism and their support for Israel. It might be thought that Trump sent them to shore up his base among white evangelicals, and that Netanyahu accepted their presence while silently disapproving of their anti-Semitism.

These pastors represent one sector not only of Trump’s base, but also of Netanyahu’s base in the US. The support of right wing white evangelicals has become more important to the Israeli establishment than the support of US Jews.

An article by Moshe Machover, an anti-Zionist Israeli Jew living in Britain, published in the Weekly Worker, argues that the relationship between US Jews and Israel is becoming increasingly strained.

This tension has been increasing under the Netanyahu government.

There has always been a range of views among US Jews regarding Israel. Left wing Jews, especially socialists, have long been opposed to Israel’s oppression of the Palestinians. But, for many decades, the majority opinion had been largely uncritical support to Israel’s policies.

Read the article by Barry Sheppard in Red Flag.