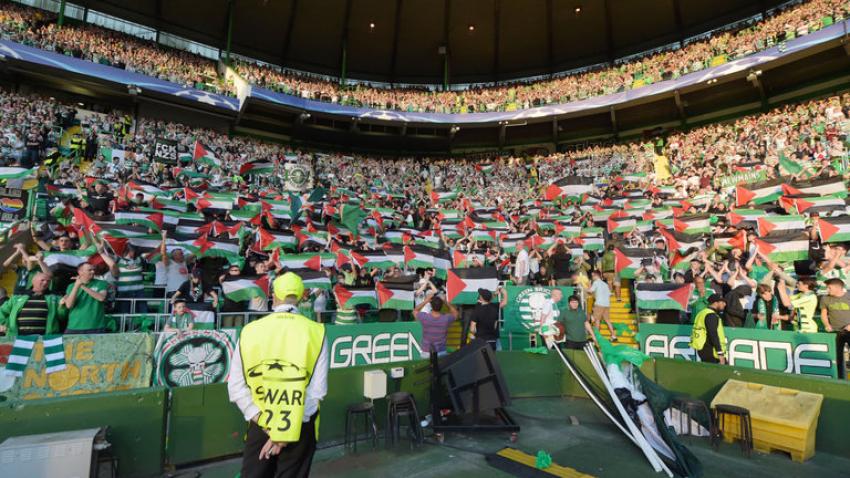 Football against imperialism: What Celtic FC’s solidarity with Palestine can teach the world

As the 2018 World Cup frenzy starts to take over the news cycle, it is crucial to highlight examples of how the sport has brought people together. Michael Blosser writes that one exmaple is the case of Celtic FC and Palestine, with the Glasgow-based club showing consistent solidarity with the Palestinian struggle.

The question asked by many isn’t whether the Palestinian cause is worthy of support — it clear is — but why Celtic and its fans have so consistently offered support while many others haven’t.

Celtic FC was founded in Glasgow, Scotland in 1887 by Brother Walfrid, with the intent of helping the poor immigrant Irish population who had fled to Scotland after being displaced from their lands, Many fled from the hunger enveloping their land back home.

Read the article by Michael Blosser in Green Left Weekly.