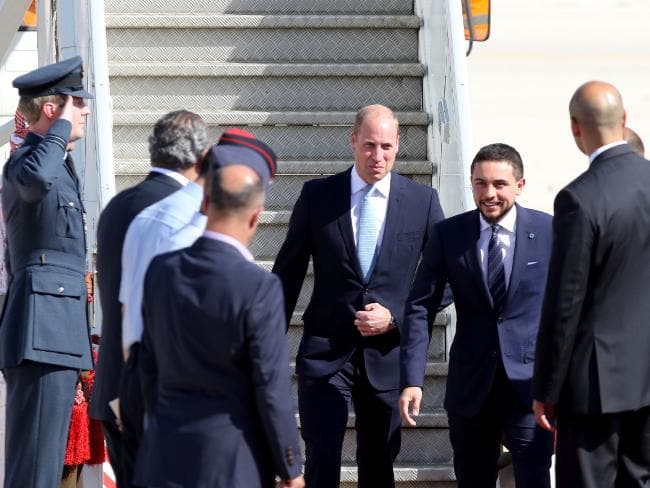 Prince William has begun a delicate and historic tour of the Middle East, starting with Jordan

BRITAIN’s Prince William has kicked off a politically delicate five-day tour of Jordan, Israel and the Palestinian territories, preparing to meet with young people, refugees and national leaders in a tumultuous region that Britain had controlled between the two world wars.

Though billed as non-political, it’s a high-profile foreign visit for the 36-year-old William, second in line to the British throne.

On Sunday, he was welcomed in Jordan by 23-year-old Crown Prince Hussein, a member of the Hashemite dynasty Britain helped install in then-Jordan almost a century ago.

William was greeted by an honour guard after his plane landed at a small airport on the outskirts of the capital of Amman. In two days in the kingdom, he will visit a technology outreach group for young Jordanians, tour a vocational training college with links to Britain’s Middlesex University and meet Syrian refugee children.

Read the article in the Townsville Bulletin.