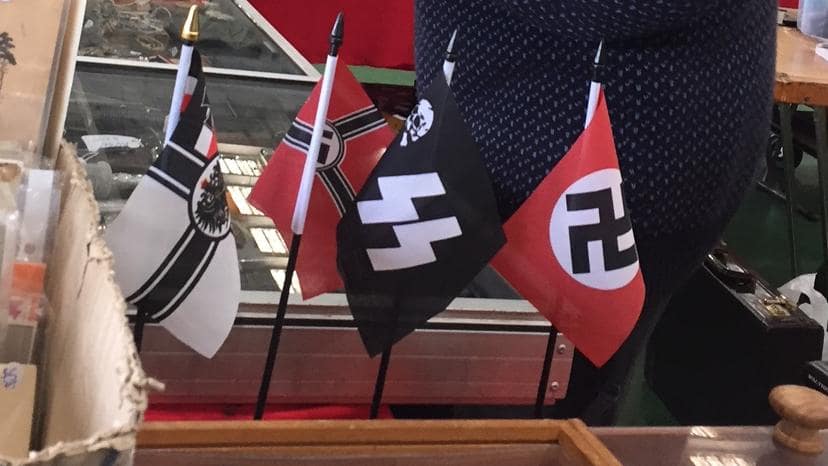 REPLICA Nazi flags, uniforms, badges and pins were for sale at a gun show in Melbourne’s south west today.

Gas masks and miniature Nazi model sets were also available to the thousands that visited the Melbourne Arms and Militaria Fair in Altona North.

Executive Council of Australian Jewry researcher Julie Nathan said the sale of such products was unacceptable.

“It is appalling that some people are willing to profit from the collection or sale of Nazi and Holocaust memorabilia,” she told the Sunday Herald Sun.

“Any Nazi memorabilia being sold in Australia is an insult to the millions who suffered and died under Nazi brutality and genocide.

“It is especially problematic at a time of rising antisemitism from the far right.”

Read the article by Tamsin Rose in the Sunday Herald Sun.