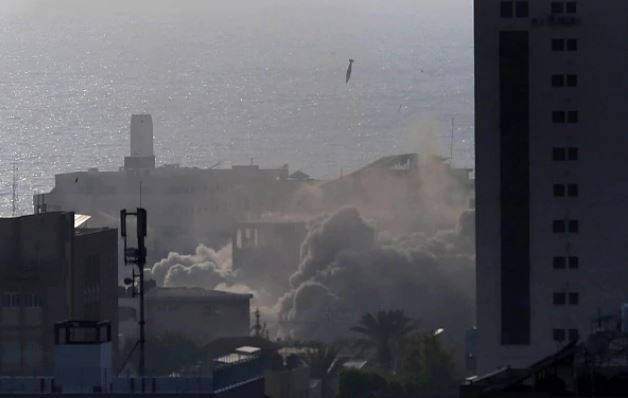 Israel’s air force says the fatal strikes in the Gaza Strip on Saturday were the biggest the enclave has seen since 2014.

A ceasefire announced by Hamas held Sunday after the most severe exchange of fire between Israel and Palestinian militants in the Gaza Strip since a 2014 war, reducing fears of a wider conflict for now.

Hamas, the Islamist movement that runs the blockaded Gaza Strip, said late Saturday a ceasefire had been reached with the help of Egypt and others, though Israel declined to comment.

The United Nations’ Middle East envoy Nickolay Mladenov was in Gaza and “working with all concerned parties to de-escalate the situation,” a UN official said on condition of anonymity.

Despite a couple of lower-level exchanges of fire overnight, calm returned to the Gaza Strip on Sunday morning after a day that saw dozens of Israeli air strikes, killing two Palestinians, while some 200 rockets and mortars were fired from the enclave into Israel.

Four Israelis were wounded when a rocket hit a house in the city of Sderot near the Gaza Strip, authorities said.