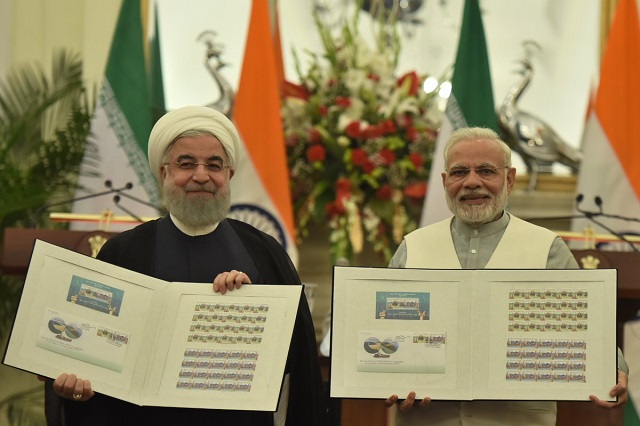 Between the US and Iran: the Indian dilemma

While US President Donald Trump has been busy bending over backwards to placate the authoritarian rulers of Russia and North Korea, his visceral animosity against the Iranian regime remains undiminished. His threat to impose sanctions on third countries that do business with Iran, whether they’re in Europe or Asia, jeopardises America’s relations with important countries around the world.

As a part of this policy, US Ambassador to the UN Nikki Haley recently warned New Delhithat unless it drastically reduced its energy imports from Iran by 4 November it would be subject to American sanctions. Earlier, India had made it clear that it’s willing to abide by sanctions imposed by the UN, but won’t implement any imposed by a single country. The US then abruptly cancelled the high-level 2+2 meeting of the two countries’ defence and foreign ministers that was scheduled to be held in Washington in early July.

India can’t afford to risk antagonising the United States beyond a certain point. The US is the leading destination for Indian exports (15.6% of Indian exports in 2017 went to the US). And New Delhi’s security relationship with Washington has grown significantly during the past decade, mainly as a function of China’s rise, which both the US and India find threatening to different degrees.

In addition to civil nuclear cooperation with India, the US has offered to sell it unarmed MQ-9B Guardian naval surveillance drones, aircraft carrier technologies, and F/A-18 and F-16 fighter aircraft to bolster its defence capabilities and level the playing field with China. So, increasing its security dependence on the US has forced India into a quandary in its relations with Iran.

Read the article by Mohammed Ayoub in The Strategist.