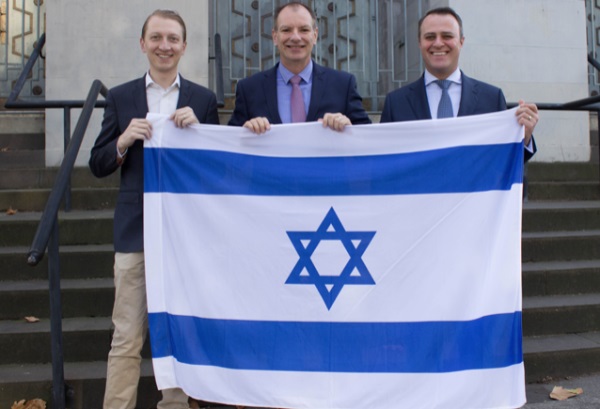 JMEDIA WILL BE LIVE STREAMING THIS EVENT – GO TO jmedia.online/live/ ON THE NIGHT.

Here is the full video of this event.

Always a consistent advocate for the State of Israel, the Liberal Party has announced the launch the Victorian Liberal Friends of Israel.

This new group, founded by Senator James Paterson, MPs Tim Wilson and David Southwick, will play an important role in deepening the already strong relationship between the Middle East’s only liberal democratic state, the Liberal Party and wider Australia.

Senator James Paterson notes that the relationship between the Liberal Party and Israel is undeniable.

He said: “Under Menzies, Fraser, Howard and now Malcolm Turnbull as Prime Minister, the Liberal Party has been a friend of Israel and the Jewish community both locally and on the international stage for decades. The Liberal Friends of Israel will foster that friendship at a grassroots level, uniting Liberal and Jewish communities in support of our shared values.”

The Liberal Friends of Israel will further act as an advocate for Israel, campaigning against the consistent delegitimisation to which Israel is almost uniquely subjected. 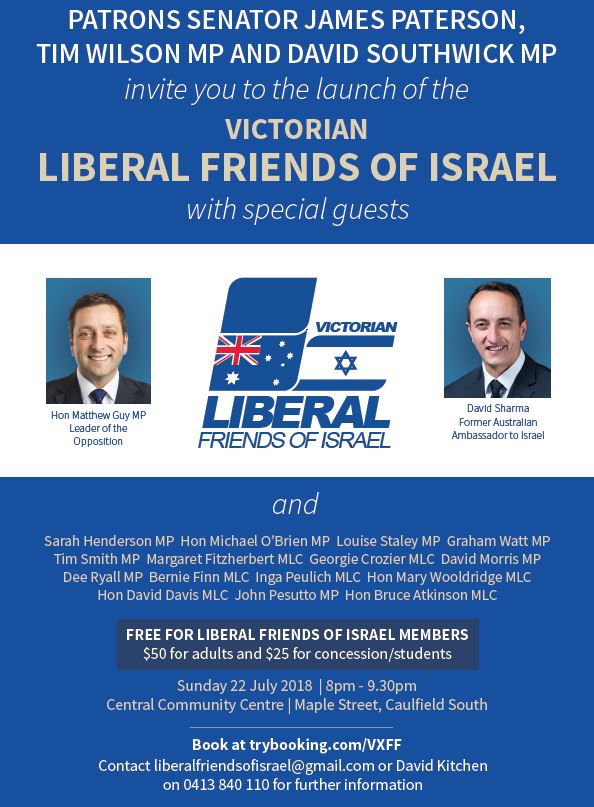