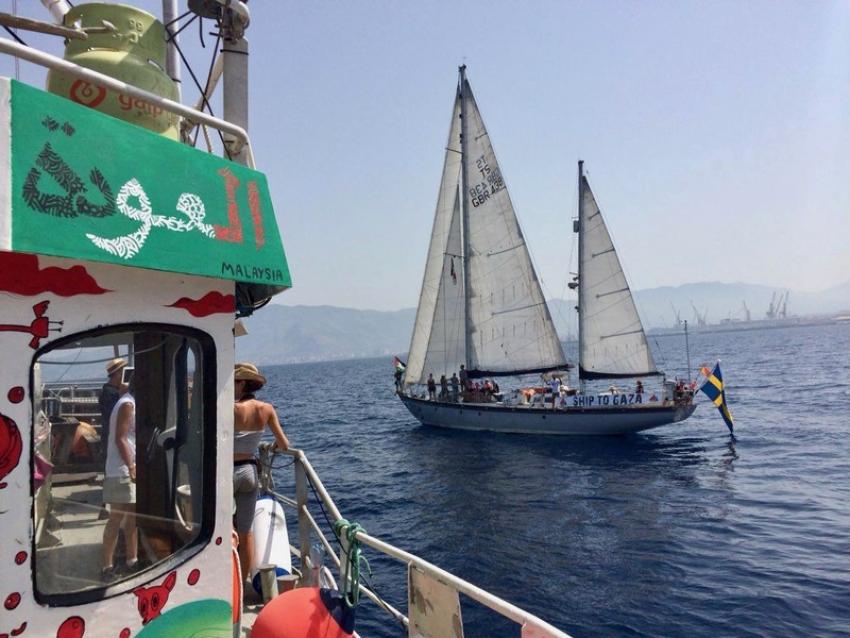 The boat is part of the international Freedom Flotilla Coalition (FFC), which describes itself as “a grassroots people-to-people solidarity movement composed of campaigns and initiatives from all over the world working together to end the siege of Gaza”.

Flotilla organisers said the boat had been “hijacked” by Israel, rejecting Israeli claims that its forces had intercepted and “redirected” their vessel to Israel “without incident”.

The FFC said on July 31: “According to first-hand evidence that we have been given, the Israeli occupation forces violently attacked our Norwegian-flagged boat Al Awda (The Return) as she was in international waters.”

Israeli soldiers beat passengers and used tasers against them, organisers said. New Zealand activist and Unite Union national director Mike Treen was reported to have been repeatedly tasered. Treen said that another flotilla member was tasered in the head.

Read the article by Kerryn Smith in Green Left Weekly.