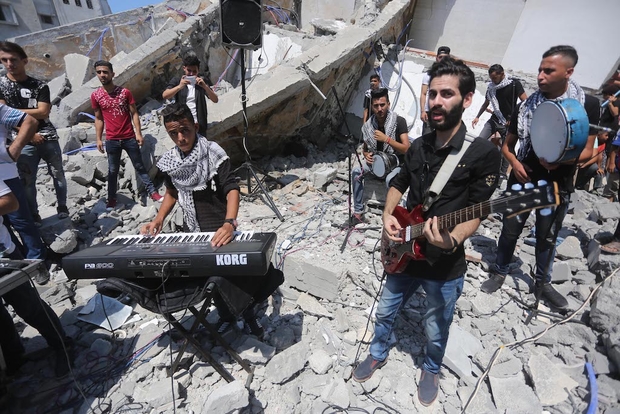 The Israel-Gaza border has been quiet after an Egyptian-brokered truce ended a surge in violence that had shaken southern Israel and the Gaza Strip for two days.

But the ceasefire will face its first test later on Friday, as Palestinians in Gaza planned on resuming weekly border protests, which at times have become violent.

After a quiet night, Israel’s military told residents in the south, who had spent much of the past two days in rocket shelters, they could return to their daily routines.

A rise in cross-border rockets and air strikes in recent weeks has prompted the United Nations and Egypt to try to broker a truce to prevent another all-out conflict.

Since the escalation on Wednesday, Palestinian militants fired scores of rockets including a long-range missile deep into Israel and Israeli aircraft struck more than 150 targets in Gaza.

A pregnant Palestinian woman and her 18-month-old child were killed in the Israeli attacks, as was a Hamas militant. Seven people were wounded by Palestinian rockets and mortar shells that struck Israel.

Read the report in the Western Advocate (AP).