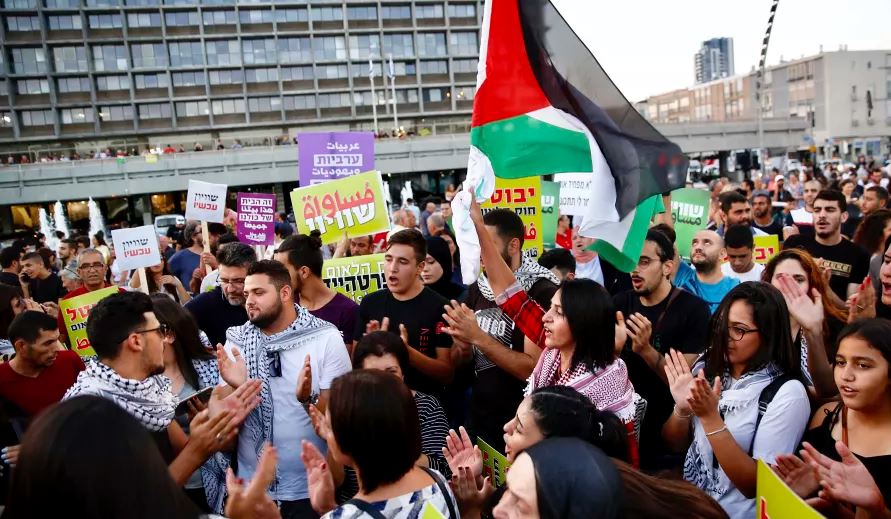 Palestinian flags ‘in the heart of Tel-Aviv’ anger Israeli PM

Jerusalem: Israeli Prime Minister Benjamin Netanyahu has criticised the presence of Palestinian flags at a protest against a contentious new law defining the country exclusively as a Jewish state.

Netanyahu told the Cabinet on Sunday that Palestinian flags “flying in the heart of Tel Aviv” was “conclusive evidence” that many protesters oppose Israel’s existence, and proves the law is necessary.

Thousands rallied in Tel Aviv on Saturday against the contentious law which will also downgrades Arabic from an official language to one with a “special status“.

The law was hailed as historic by Netanyahu’s right-wing coalition but denounced by centrists and leftists as racist and anti-democratic. Parliament enacted it last month. It enshrines the right of national self-determination as “unique to the Jewish people”— not all citizens.